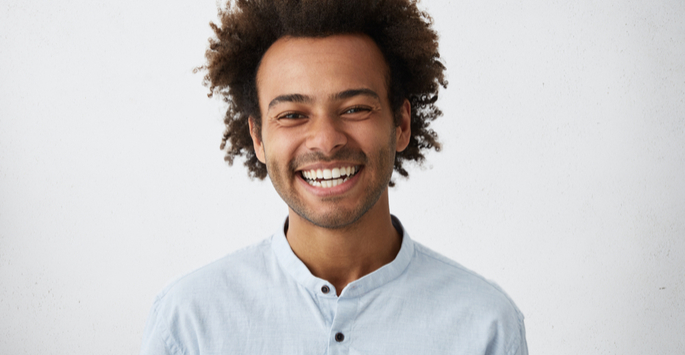 Much of the United States has legalized marijuana. Medical marijuana is currently legal and available in many states. The marijuana plant has been shown to be effective for the treatment of a wide variety of medical conditions and diseases. The only difference between the medical and recreational varieties are the purposes for which marijuana is used. There are over 100 different chemicals in the marijuana plant. These are called cannabinoids. Each one affects the body in a different way. The main chemicals used for medicinal purposes are CBD and THC. THC is responsible for the high individual’s experience when they smoke or consume foods containing marijuana. Medical marijuana is used for the treatment of the following conditions.

The active chemical in marijuana is cannabinoids. This is similar to chemicals produced by the body for pain, memory, movement and appetite. According to the latest research, cannabinoids may:

Numerous experts believe one of the reasons marijuana was legalized for medical purposes was due to the statements of parents that marijuana helped control their children’s seizures. A written recommendation from a licensed physician is required to purchase medical marijuana. The individual must have a qualifying condition. Every state has its own list as to which conditions apply. Some states require a special ID card. Once the card has been attained, the individual can purchase marijuana at a dispensary.

The Conditions Medical Marijuana is Used to Treat

Medical marijuana is currently being used for the treatment of a wide variety of diseases and medical conditions. This includes:

• Preventing Alzheimer’s Disease: The active ingredient in marijuana is THC. A study conducted in 2006 showed the THC slows down the progression of Alzheimer’s disease. The enzyme responsible for forming amyloid plaques is blocked in the brain by the THC.

• Decreasing Anxiety: A study conducted in 2010 suggested marijuana can help decrease anxiety because it acts in a similar manner as a sedative and improves a person’s mood. The dosage must be low to have the desired effect.

• Controlling Epileptic Seizures: Numerous studies have shown epileptic seizures can be controlled by using marijuana. Seizures are mitigated by the THC because the brain cells that regulate relaxation and excitement are controlled. The FDA has since approved two drugs for the treatment of specific types of epileptic seizures.

• Slowing Down and Preventing the Spread of Cancer Cells: Cannabidiol turns off a gene called Id-1. This can stop cancer from spreading. Researchers have conducted tests and come to the same conclusions. Breast tissue with high levels of Id-1 was treated in a laboratory using marijuana. The results of the test were positive. The cells became less aggressive in spreading cancer. Cancer research has confirmed marijuana can considerably slow down the growth of tumors in the lungs, breasts and brain.

• Help for Crohn’s disease: Marijuana may be able to cure Crohn’s disease. This is an inflammatory bowel disorder. The condition results in numerous symptoms including pain, diarrhea, vomiting, and weight loss. A recent study showed marijuana decreased the symptoms of Crohn’s disease in ten out of eleven individuals. In five of these individuals, the disease was completely canceled out. Similar results have been shown in several other studies. The cannabinoids help control both the intestinal function and the gut bacteria.

• Treating Glaucoma: Glaucoma places pressure on the eyeball resulting in damage to the optic nerve and vision loss. Marijuana can be used for treatment because it decreases the pressure on the eye. Studies have confirmed individuals using marijuana decreases intraocular pressure in the eye. This can prevent blindness for people with glaucoma.

• Decreasing Nausea and Severe Pain from Chemotherapy While Stimulating Appetite: Using marijuana has become common for individuals having chemotherapy. Chemo is known to cause severe pain, vomiting, painful nausea, and loss of appetite. This often leads to additional health complications. Marijuana helps decrease these side effects by increasing the appetite and reducing nausea and pain. There are cannabinoid drugs with FDA approval containing THC used for the same reason.

• Relief for Arthritis: Studies have shown marijuana decreases inflammation and pain and promotes better sleep. This may relieve the discomfort and pain of rheumatoid arthritis.

• Relief for Veterans with PTSD: Some states have approved marijuana for the treatment of (PTSD) post-traumatic stress disorder. A proposal has received approval from the Health and Human Services Department of the United States government for vaporized or smoked marijuana for PTSD. Marijuana is effective for veterans because it helps control the system responsible for both anxiety and fear in the brain and body.

• Treating Inflammatory Bowel Diseases: Similar to Crohn’s disease, individuals with inflammatory bowel diseases such as colitis may benefit from using medical marijuana. Researchers have shown the chemicals found in marijuana such as cannabidiol and THC interact with important cells in the body. These cells help the immune system and gut function. THC is similar to chemicals produced naturally by the body for enabling bacteria to permeate the intestines. The cannabinoids in the marijuana plant tighten the intestinal bond by blocking the permeability.

• Soothing Tremors Associated with Parkinson’s Disease: Studies show individuals with Parkinson’s disease who use marijuana are able to decrease their tremors and pain and improve sleep. Their fine motor skills also showed a marked improvement. Due to the positive results of numerous studies, marijuana was legalized in Israel. The Israeli government is supporting research into marijuana for medical uses.

• Protecting the Brain from Trauma and Concussion: A recent study determined there is a potential for the brain being healed by marijuana after a concussion. A study conducted on mice showed bruising of the brain was lessened after using marijuana. After a traumatic injury, marijuana improved the healing mechanisms. A statement was made saying instead of the NFL testing their players for marijuana, they should be researching the different ways the plant can protect the brains of the players.

• Decreasing the Pain Caused by Multiple Sclerosis: Marijuana helps stop the muscle spasms and the negative neurological impact of multiple sclerosis. Thirty individuals with MS and painful muscle contractions were studied. None of these individuals responded to any other medications. After using marijuana for a few days, they stated they were feeling less pain. This is because the THC in marijuana bonds the muscle and nerve receptors for pain relief.

• Improving the Symptoms of Lupus: Systematic lupus is characterized as an autoimmune immune disorder. This is when there is no known reason for the body starting to attack itself. Marijuana has been used successfully to treat this condition. Some of the medical experts believe cannabis contains certain chemicals capable of calming down the immune system. This may be the reason many individuals with lupus rely on marijuana to be able to handle their symptoms. Marijuana also has a positive impact on the disease because it helps both with nausea and pain.

• Decreasing Symptoms from Dravet Syndrome: Dravet syndrome causes severe delays in development and seizures. CNN’s Chief Medical correspondent used marijuana for the treatment of a five-year-old child with Dravet syndrome. The chosen strain was low in THC and high in cannabidiol. The marijuana resulted in a reduction of seizures from 300 per week to just above one every week. The same medication is being used by forty additional children. All of the have experienced positive results from marijuana. The physicians recommending marijuana believe the cannabidiol from marijuana has an interaction with the brain cells capable of quieting down the overactivity in the brain responsible for the seizures.

• Controlling Different Kinds of Muscle Spasms: Marijuana is used to control several different kinds of muscle spasms. There is a condition referred to as myoclonus diaphragmatic flutter. The medical term for this condition is Leeuwenhoek’s disease. The condition causes constant and painful spasms in the abdominal muscles. This interferes with both speaking and breathing. Marijuana calms down the spasms almost immediately and relaxes the diaphragm muscles.

• Improving Lung Health by Reversing Tobacco’s Carcinogenic Effects: An important study was published in January of 2012. The study revealed lung functions could be improved through the use of marijuana. The study also stated marijuana could increase the capacity of the lungs. The researchers spent twenty years testing more than 5,000 young adults for the risks associated with heart disease. They discovered individuals using marijuana had an increased lung capacity as opposed to those who smoked tobacco. Tobacco users lost lung function as time passed. The researchers believe the increase in the capacity of the lungs was caused by the deep breaths required for smoking marijuana as opposed to one of the chemicals from the plant.

• Protecting the Brain After a Stroke: Research has been performed on monkeys, mice, and rats concerning the damage to the brain from a stroke. The results showed marijuana may protect the brain from this damage by decreasing the amount of the brain impacted by a stroke. Other research has also shown marijuana has positive neuroprotective effects. Some research showed the brain can be protected by marijuana from numerous traumatic occurrences such as a concussion.

If you are interested in using medical marijuana for a health condition, please feel free to learn more by reaching out and making an appointment with Angelic Lift. At our convenient location in Daytona Beach, our caring and dedicated team of professionals will be pleased to explain this option in greater detail and answer any questions you may have. Contact us today to set up your consultation – we look forward to speaking with you! 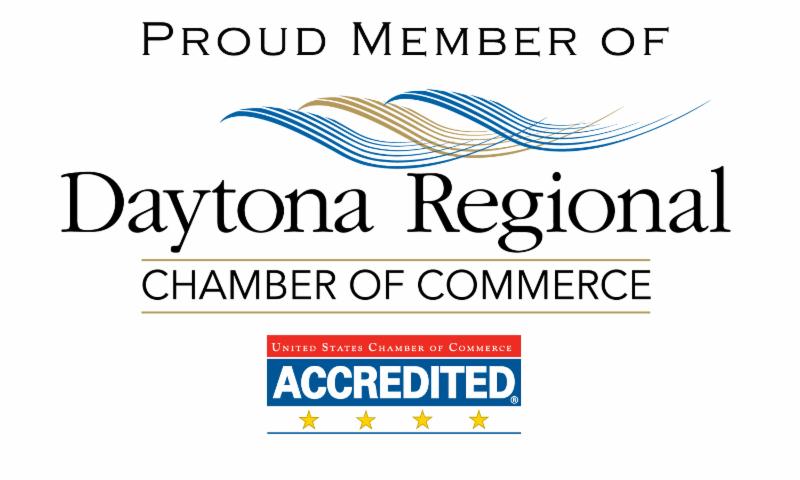